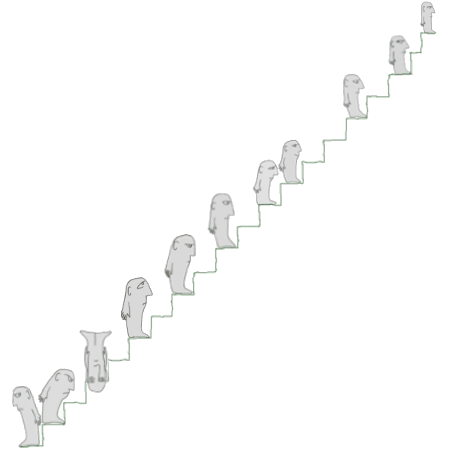 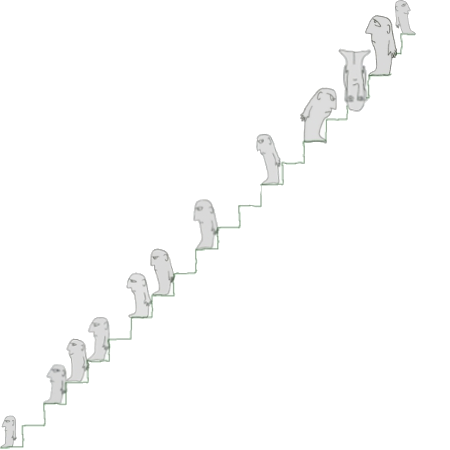 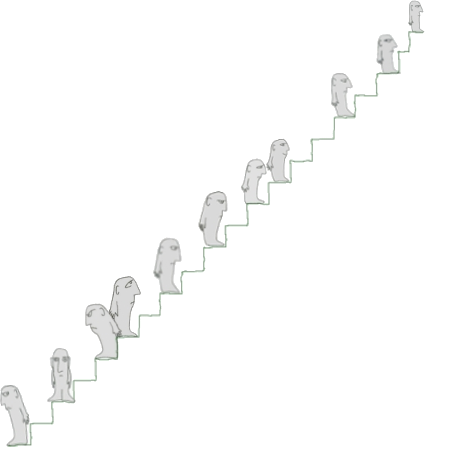 Linda Baker-Cimini was born in the year of the Wooden Dragon. This CAN be a fire hazard and exacerbates a predisposition to a number of phobias and generalized neurosis. Other than that she's very well adjusted. Just make sure that you don't touch her feet. Ever. Also of historical significance: it was a time when certain invasive species of Beatle infected young girls with mass hysteria, then came The Rolling Stones and so on. Many other things were happening simultaneously.

Linda was unaware of all this. She was busy having staring contests with cows, reading National Geographic magazine and dragging large, interesting objects home to store in the pole shed for further study. They didn't have a TV. She was omnivorous in her choice of reading material and WAS, if truth be told, VERY much influenced by a book's cover. She grew up on a dead-end road. The town was proud of its obscurity and was known as the smallest community in Berkshire County, Massachusetts, USA (population: 176). It was beautiful.

Linda didn't have playmates that were of the same species (besides her brother), but she had LOTS of imaginary friends, and there were seasonal friends . . .mudpuppies and toads in the neighbor's fire pond. You could never skate on it because the chickens walked all over it the minute it started to freeze and made the ice all lumpy.

As a child (and as an older child), she had an aversion to organized scholastic pursuits and most other activities that involved speaking to or making eye contact with other children. She did however like to watch them from the safety of the playground's observation blind.

Linda wishes that she had been born with a prehensile tail. She loves coffee. She's allergic to wool (nasty rash is what happens). Her favorite color is Safety Green. She believes that having large feet increases one's stability.

She presently lives in Western Massachusetts with her pet caterpillar, Hugo. Her pet night crawler, Bill, has gone missing. Her mother has a worm farm in New Mexico. Maybe Bill went there to visit.

a Friend to Vegetables